We are always looking for ideas for new projects that can benefit our community.

Do get in touch by emailing enquiries@otfordsociety.org.uk if you have any suggestions or would like to get involved in what we are already doing. 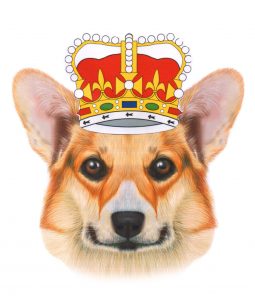 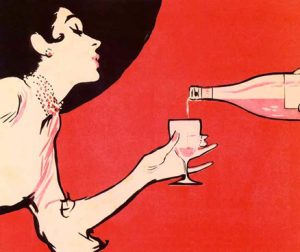 The first of our successful events in 2021 was a Picnic at the Palace in late August. In September we revived the traditional Garden Party,  held at Colet’s Well; this year’s will take place on Saturday 6th August in another lovely village garden. Much delayed because of the pandemic, our first Annual General Meeting took place on 26th May 2022. The next big event was the hugely successful Great Village Jubilee Barbecue, organised with the support of the Otford Parish Council. Her Majesty the Queen’s 70 years on the throne was celebrated on the village green Thursday 2nd June.  And after two postponements, our fundraising Race Night is scheduled to take place on Friday 16th September.

All our events, as well as others taking place in the village, are listed in our online calendar. 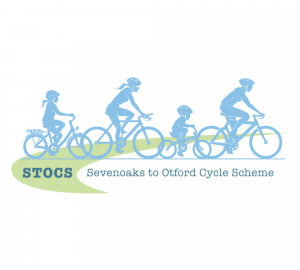 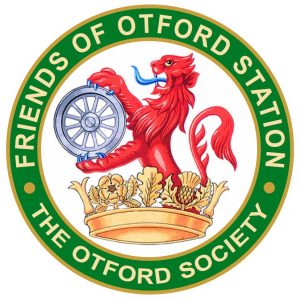 The aim is to reduce traffic on the roads and address local parking problems by making daily shopping, commuting and leisure trips safe for all the family. Many parents of older children would love to give their children more independence by allowing them to cycle to school – if only there was a safe route!

Political support is building for the scheme and a growing number of local organisations, schools and businesses are lining up behind the proposals. A crowdfunding campaign will soon be launched to raise the money for a properly costed feasibility study via crowdfunding – watch this space!

It is hoped that Otford will eventually become a hub for safe recreational cycling.

Want to get involved? Email us

We are also taking a leading role in the improvements to Otford Station funded by the Darent Valley Community Rail Partnership. Part of a nationwide grassroots initiative, the DVCRP aims to promote sustainable, healthy and accessible travel and support social and economic development in the communities it serves. We hope it will bring lots more visitors to Otford! Want to be a Friend of Otford Station? Email us 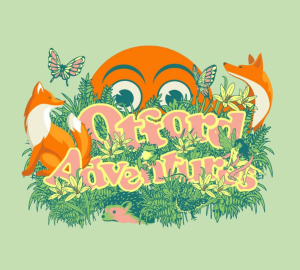 Otford Adventures is a community-based project. It encourages local families to enjoy the natural beauty of our village by promoting local trails, events and challenges.

Led by a group of Otford residents, the ambition is to get children excited about playing outside, exploring nature and using their imagination. Keep an eye out for events planned over the summer.

Project lead Patty is in ongoing discussions with Otford United Football Club, planning a joint event to involve keen footballers of all ages. There will be a mixed competition for the youngest children, and ‘walking football’ for older players. With food and beverage stalls on the sidelines, it promises to be a great day out for all. Watch this space to find out when the competition will take place.

One of our very first projects set out to lift the community’s spirits as we entered the second Covid lockdown. We supplied Christmas trees to every business in Otford, with prizes awarded for exuberance, originality, topicality, and  sheer fun. At the same time a Snow Globe Trail got children busy spotting animal silhouettes in the festive posters displayed in shop windows. The following Christmas we lit up the whole village with lights all along the Parade and High Street.

Following the success of the 2021 Easter Chick Chase,  Jenny and her team devised an equally popular trail, Rabbits Don’t Lay Eggs, for children of all ages in 2022. Rabbits and eggs were hidden all over the village, and hundreds of chocolate eggs were presented to the under 10s who counted them. We thank three participating village businesses, Mille Fleurs, Fine & Country and Ibbett Mosely for distributing these. This is clearly going to become an annual Easter event.

Finally, a quarterly Photography Competition was run throughout 2021 with the aim of encouraging residents to go out and take photographs that could inspire visitors to come to our Heritage Village. Winners received a gift voucher to spend in our local shops.

The Society was originally formed to represent village interests during the planning of the M26. It then went on to support and lead a great many other village projects. These included:

After re-forming in mid-2020, the Society launched several projects aimed at supporting the community during the pandemic. Christmas trees were donated to all the businesses in the village, and a highly successful ‘snow globe trail’ for children was created.

The Otford Society can help make a real difference to our lives.

We will be here to represent your views on wider matters which could affect our future: the new Otford traffic scheme, Government proposals to change planning regulations which would affect us greatly, and the effects of plans being proposed by our close neighbour, Sevenoaks Town.

We are here for you.

We may be a small community, but we have a BIG voice.

Road safety has long been a major issue for the Otford community, and the Otford Society has supported the efforts of the Traffic Management Group of the Otford Parish Council and Kent Highways to address this.

In 2007 the Otford Society carried out a survey of residents in which over 91% of respondents expressed concerns about the speed of traffic through the village, with clear support for a 20 mph speed limit, particularly in the High Street. It took a long time, but a design for such a speed limit in parts of the village was agreed and the final version of the Otford Traffic Calming Scheme was published in November 2020. It can be viewed online and full information on the whole traffic management scheme can be found on the Parish Council web site.

This letter to residents explains the works programme,

Funding was approved for the first stage of the scheme in the High Street and Station Road and the work was completed in the summer of 2021. As well as the 20mph speed limits,  there are physical traffic calming measures such as speed tables, road narrowing, a pavement extension for the Pickmoss step and new and clearer crossing areas. Pedestrians of all ages should feel much safer as a result.

In addition, the modern direction signs sited around the pond were replaced with 1950s style signage to add an attractive period feel to this hub of Otford life.

A public enquiry into Network Rail’s proposal to close the pedestrial level crossing south of Otford Station, and replace it with a 62 step footbridge, was held from 26-30 July 2021.  Despite intense pressure for a local Public Inquiry (and accessible to all) the Planning Inspectorate insisted on holding it virtually.

Following widespread local opposition to the proposals, which would adversely affect many residents and commuters and which were deemed to be unneccesary, the Otford Society supported the following Objection Note  [PDF, 72 pages] which was submitted to the enquiry.

To our great disappointment the hearing concluded that “ the risk to the safety of crossing users exceeds the risk those users would be exposed to on the stepped footbridge or Station Road alternatives”, and the proposed changes will go ahead.

The Otford Society maintains a watching brief on planning proposals in the village, and will spearhead opposition to any that seriously impact on the quality of community life.

Are you ready to help us preserve Otford's unique character?
Join us
×
×